Chess was brought to Selenca, as well as other sports, by young people, precisely students, or graduated students who came home after finishing their education.

Who was the first one that moved “wooden dolls across white and black field“remains unknown. We can only state, that bigger amount of activities related to chess, started in Cultural and Educational Society- Jan Kollar and the oldest members of theater can confirm that. During rehearsals, amateur actors amused themselves by playing chess, cards, etc. It has to be said that chess is very interesting and tempting game, which offers indefinite amount of combinations and simply mesmerizes players. It is impossible to have two identical matches and that was exact impulse which tempted activists.

As time was passing by, interest rose up and group of enthusiasts for this ancient Chinese game made a decision to create a chess club. At first there was just a section for chess at the Cultural and Educational Society- Jan Kollar and they gave a big support to this strivings for establishing chess club.

In introduction they mentioned a big interest and need for this club, which would continue in organized development and distribution of this intellectual game. Report was given by Jozef Kana, who was chess reporter for Cultural and Educational Society of that time. Exactly this title of Jozef Kana pointing us that chess was played in Cultural and Educational Society and those were considering establishing the club for a while. At the meeting where they discussed founding of the club they made up rules about the way members should conduct. When you looked up at the rules, you could notice the emphasis on real values, which were a part of every organized engagement in sports. Those values are: “advanced training of chess, development of intellectual capacity of members, positive personality capabilities which chess dispose in people, such as: friendship, discipline, bellicosity, restraint, logical thinking, persistence, promptness and modesty” (article 4 Rules of Chess Club, year 1951). Those were first written rules, cornerstone of further chess playing in Selenca.

Chess club changed its name in year 1998 into Chess Club Selenca. It competes in Intercity League South Backa- West, in which following nine teams took part. In regard to continuous incoming of quality young forces it’s been considered for one of the most promising teams of this Intercity League.

We must especially point out two members, who carried biggest burden of activity and who managed to achieve the highest title (candidates for chess master) amongst people of Selenca by their quality playing. They are Jan Mandac and Pavel Pecnik Senior. 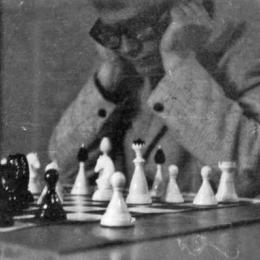