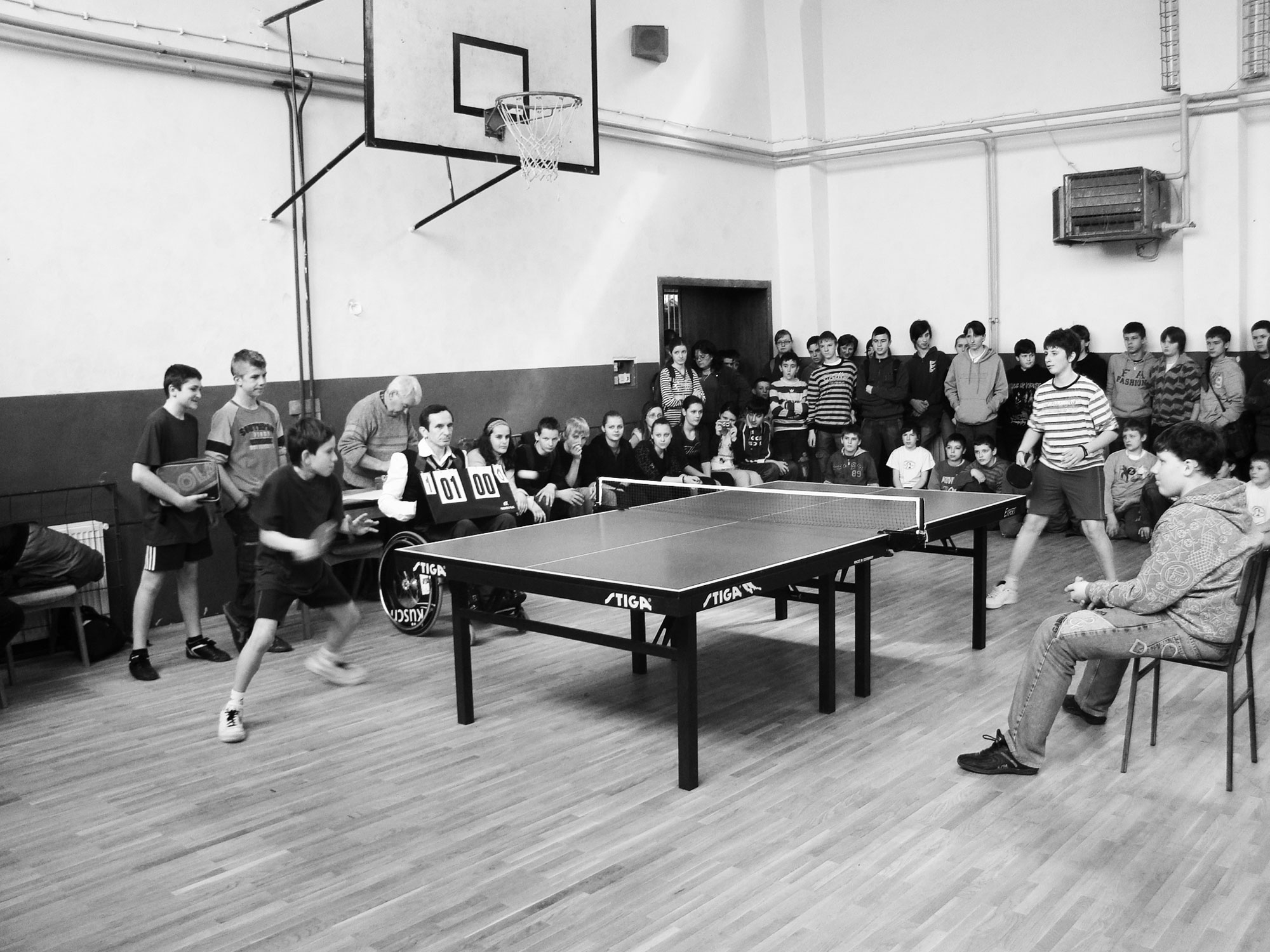 irst table for table tennis was brought in Selenča in late fifties by Adam Rago, former youth activist. This fact was given to us by his co-workers and teammates.

Table was placed in premises of Cultural and Educational Society- Jan Kollar.

At first, racket was handled only by the bravest amongst all and they were just trying to control white celluloid ball. Official establishing of the club came a bit later.

Right after the clubs were formed first official match was played, in September of year 1968. Selenča’s rival was TTC “Partizan” from Ratkovo. Result of the match wasn’t pleasant for people from Selenča. They lost 5:3, and it was expected. Except for Valent, who managed to defeat all of three opponents, people of Selenca still didn’t have enough force. Besides Valent, there were Jan Grna and Jozef Trusina. First match took place in hall of primary school “Jan Kollar”. People of Selenca had just one table for table tennis and few rackets in their possession. Valent, who is used to everyday training, dictates such tempo in Selenca too. Pioneer school of table tennis is found and a great amount of school children of fourth and fifth grade of primary school are making their first steps entering amazing world of table tennis. Since they had only one table, trainings in hall of primary school wasn’t a good solution. Club moved to youth hall, right after that into premises on the soccer field, till they got their own premises. Friendly matches continued to be played, with “Partizan” from Bac, then “Partizan” from Ratkovo, then “Mladost” from Bacsky Petrovec, TTC “Odzak”, etc. School for table tennis keeps running day after day and children from higher grades are surmounting secrets of table tennis very fast. Some of them standout: Stefan Ralbovsky, Karol Gasparovsky, Stefan Zolarek, Juraj Ziak, Pavel Capela and Jan Trusina.

Participation of pioneers in the tournament in the year 1987 in Apatin should be mentioned. 18 table tennis players were playing at that tournament. Jozef Alexy, Jozef Bolf and Vladimir Skabla played for Selenca. There were 12 female players at the tournament and among them there were two girls from Selenca, Zlata and Zdenka Valent. Results were more than satisfying. Jozef Alexy won the second place, Jozef Bolf won seventh place and Vladimir Skabla eighth place. Zlata Valent won second place and Zdenka came fifth. Alexy and Zlata Valent were qualified for championship of Vojvodina. In game of two on two, combination Zlata Valent-Tatalovic (“Partizan” from Apatin) won first place.

Year 1989 was final competitive year of “Partizan” and the final year of this sport collective. Four- Jozef Trusina, Jan Trusina, Jan Koconda and Frano Kesler played in Intercity League Sombor. Tournament had two parts and it was placed in Apatin. After a tough battle “Partizan” won first place. And that was all.

“Partizan” appeared like a meteor, spread a word of Selenca around all of sport Vojvodina, and vanished just like a meteor.

At the end situation in the country wasn’t quite encouraging- disintegration of former Yugoslavia was very close.

Well, this is story of most successful sport collective of Selenca for the 240 years of its existence. 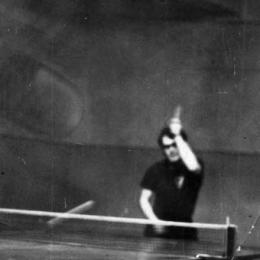 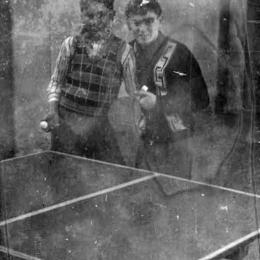